A million years ago I read somewhere that a perfect breast should fit into a champagne glass. 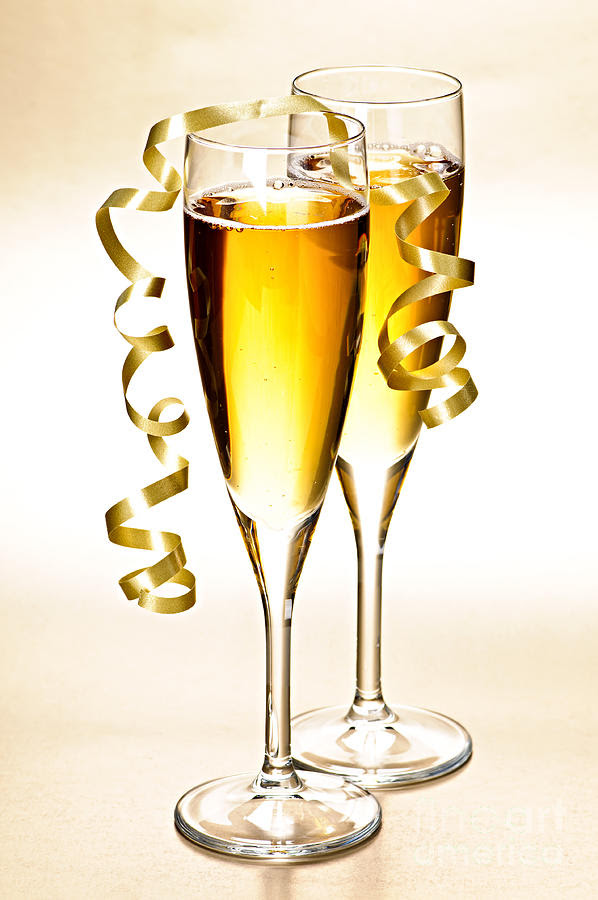 Oof, I thought. No way. I mean, not even on my best day, not even if I'm sucking in.
I made my peace with it a long while ago. Some cups runneth over.
But then I came across a champagne coupe and thought - ah. 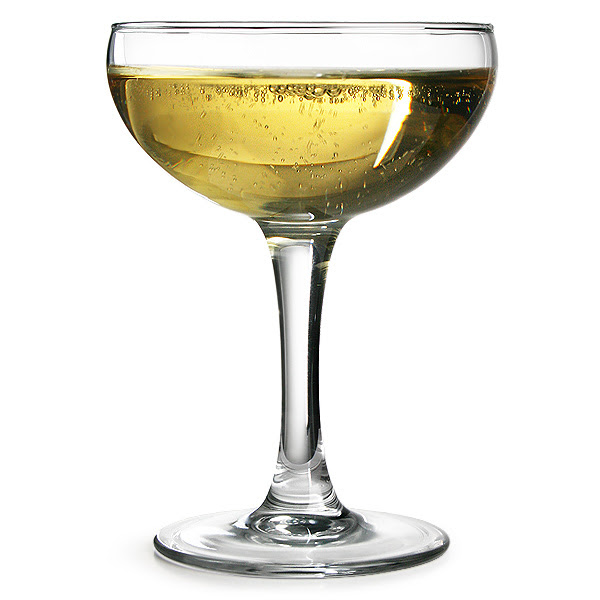 I'm still not cramming myself into that thing, it might just sit upon me like a little yarmulke for my tits, but I can at least get over the Madonna-like proportions of the last one, and I can stop smirking every time I pour myself some bubbles.
I've always enjoyed the elegance and sense of occasion inherent in the flutes, but the coupe just seems to wink at me and lately I'm winking back.
Posted by Jay at 9:02 pm 2 comments:

Sean is full of shit.
All good husbands are, so I don't really hold this against him.
My suspicions are raised every time he insists I have a good voice.
This is patently untrue. And a "good voice" isn't really all that subjective. It's not just that I could never make a career out of it, it's that I probably shouldn't open my mouth, ever. Oh, I'm sure it's not the worst voice in the world, but it's definitely bottom third. And I know it. I can't stand to hear my own voice (and my laugh is so much worse), so if you ask me to sing, I will flat-out refuse.  However, if that same song were to come on the radio mere moments later, you'll probably catch me singing along. And I do apologize. I wish my voice were better. Or that I could resist a good sing along. But it's not and I can't, and them's the breaks. There are worse afflictions to be saddled with and I can't say I mourn this one all too often.
Just don't tell me it's nice. Why do guys do that? Sean is not the first man to insist, not just that my voice is fine, because maybe fine I could understand, in the rose-coloured glasses sort of way, where you overlook certain flaws in your loved ones because you must in order to remain sane.
But nice? No, sir, it is not.

Similarly, I was recently contemplating selling my guitar. Yes, this is tragic. I mean, not starving children tragic, or even selling a guitar you love and use tragic. I bought my guitar with good intentions, and I even took lessons, but I'm not good at persevering at something I'm not immediately good at. And I'm immediately good at most things, which only reinforces my pathetic inclination to quit things that are hard. What am I, eight? Anyway, it just kind of sits there, taunting me, reminding me of that thing I can't seem to learn. I mean, I got the chords straight. I practiced enough to get some baby calluses. I worked on strumming patterns. I even put strung some notes together enough to make out bits of songs. But I sucked and got frustrated and quit. Which Sean rosily remembers as me "having a good sound."
I mean, can you believe this guy?
He has to compliment me and encourage me on EVERYTHING and it's exhausting. Especially the stuff I feel are blatant lies. I know he's into me, but after enough years of marriage to have stopped counting, I think we get the point, Sean. But can we agree that I have enough actually great qualities that we don't need to make any up? I actually told him the other day that when he gives me false compliments, parts of my brain melt.

But it's the butt compliments that really convince me that Sean has Stockholm Syndrome. I mean, yes, if my radio is to be believed, butts are really big right now. Literally and figuratively, I guess. But no matter how many lyrics are devoted to this body part, I'm afraid I'm not getting any more bootylicious. And that's fine. I think I make up for it in other departments. But if that's what you're into, then move along. There's no junk in this trunk.
But Sean is forever engineering ways in which to walk behind me, and appreciate the view. He tells me I have a nice ass just like he tells me I look beautiful when in fact I've made no effort, or that I smell good when I'm not even particularly clean.
I think I would appreciate the compliment more if it was based in fact. Tell me I have great taste in music, that my legs are startlingly soft, that I have the most disturbing sense of humour, that I'm the best you've ever had. That, I'll believe.
But this ass? This ass is whack.