Heroes: too sexy for their own good? 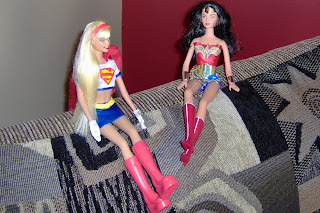 Super Girl and Wonder Woman don their sturdy, practical
uniforms for another day of fighting crime and looking fabulous. Just a couple
of hours in hair and makeup and some craftily-applied two-sided
tape and these ladies are ready to go! 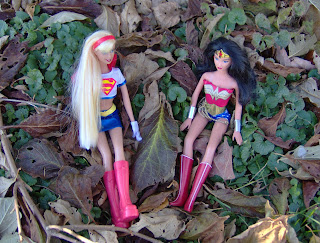 First stop: a pile of possibly hostile dead leaves, where the two
heroes confirm that indeed it is quite "nipply" out today, and Super Girl's
super mittens are not so funny after all. The cape, however, provides
little warmth. 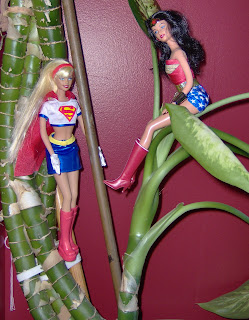 A trip to the Tree of Truth puts both heroes on dangerous footing when
Wonder Woman feels compelled to confess that she loves the feel
of stalks between her legs and Super Girl sobs that
she really wanted to be a dentist. Luckily
they pull themselves together just in
time to save us all from
similar crimes of
veracity. 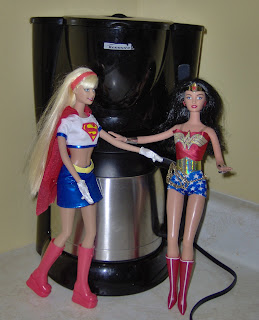 The pressures of being scantily-clad super heroes
eventually gets to Super Girl and Wonder Woman, and they almost
come to blows in front of the Evil Giant CoffeeMaker of Doom.
Super Girl calls Wonder Woman out on her slut-boots and Wonder Woman
strikes back by pointing out the PVC-ness of a certain super skirt.
Exasperated, the CoffeeMaker of Doom steps in and
assures them that they're both equally skanky, which gives the girls the
confidence to combine their ho-bilities and conquer caffeine, thus
saving the world. 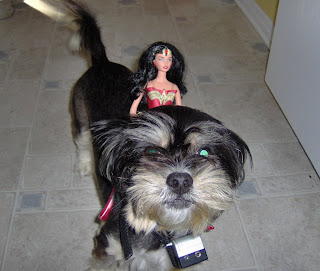 Eco-conscious Wonder Woman leaves her SUV at home and

rides her noble steed instead. The steed is
less than thrilled, but does it for the love of snausages. 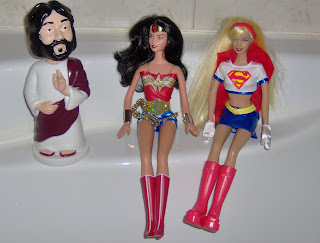 The girls take a moment out of their hectic day to sit with Jesus in the hot tub.
They ask him important questions such as "If you're all-powerful, why
do super heroes exist?" and "Which one of us is hotter?" and "No really,
who would you rather do?" 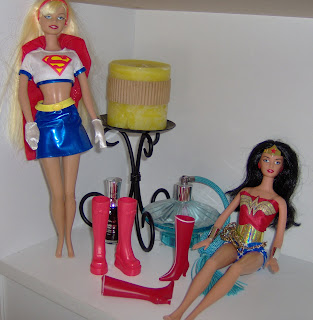 After a long day of hero-ing, the girls
kick off their shoes at the spa and argue over who
most urgently requires the services of Manuel, waxer
extraordinaire. And I think we all know who won that fight.
Posted by Jay at 9:08 pm