The 10 Men I'd Like to Find Under my Tree this Year!

I have a pedophile-ish confession to make: I have had a crush on Joshua Jackson since 1992, when the first Mighty Ducks movie came out. Thank heavens in 1998 the world gave us some more acceptable images of him, so I was no longer forced to swoon in private. It was while watching Dawson's Creek that I first decided that the back of a man's neck was a luscious, luscious thing, and it was my hots for Pacey that got me through the show's sappier moments. By the end of its run, Pacey was the only thing that made the show worth watching, and in my opinion, he was VERY worth watching. That devillish smile coupled with his witty remarks...my Wednesday night just has not been the same since!

This man will be 87 and still have a baby face…those dimples are to die for, he's got a wink on him worth a million dollars, and those puppy dog eyes... he is the only man in the world who makes me think that cute is not such a bad thing. Adorable, really! He is the kind of brooding quiet that is mysterious and very attractive He's got that kind-of-nerdy- but- incredibly
-delectable thing going for him. You just can't take your eyes off of him in Ferris Bueller's Day Off, and he makes a god-awful movie called Godzilla almost bearable if you keep your focus on his shy smile and the bumbling way he makes any cheesy line seem actually funny. I just want to eat him right up!

What the hell is it about this guy? There is nothing about him that is obviously sexy: he often has that floppy hair thing, so mid-90s, his body is thin, his grin is lop-sided. And yet the whole thing culminates into this alluring package that drives me crazy. The accent probably helps a lot, and the little wrinkles around his eyes. And the way that even when he's playing the bastard, he still comes off sweet and charming. And when he really smiles, it gets me every time.

When I first started watching Queer Eye, I fell in love easily with Kyan, who has obvious good looks and the benefit or great hair. Then I went through my Ted phase, because a man who can cook is a total prize, plus he has this dry wit that holds the group together. But as the weeks go by, I realize that it is Thom that I absolutely want under my tree. He is not only super good looking and totally funny (Quote: "Lemme get this straight: your friend is a straight hairstylist with wicker furniture? I have a feeling he's not telling you the whole truth."), but he is one talented dude! Yeah, I know he's gay, but I'd still totally make out with him. And even if he's never more than a shopping partner, he's still worth his weight in gold. What woman doesn't want a handsome man with great fashion sense and who knows the importance of throw pillows...plus, gay men can dance, and that is hard to find! To top it all off, he decorates beautifully...this man can do no wrong!

What is it about Robbie that I love? More like what isn't it! I mean come on, he's the ultimate bad boy, sooo hot, and sooo confident (I love cocky men!!) There is just something very magnetic about him, he looks at the camera and I start yelling "Take me, I'm yours!" at the TV. And the man looks as good in a suit as his he does in his underpants, and that says a lot. Ladies: if you haven't seen the video for Come Undone, I totally recommend it. Grrrr...why does a black eye just look so damn sexy on some guys?

When I watched him on Fresh Prince, he was just a funny guy. But he certainly made all us ladies take a second look when he started making movies. Tall, handsome, broad shoulders, and incredibly smart (he was accepted at MIT but didn't have the $): the total package. There's a scene in Bad Boys 2 when he's walking into a lobby pulling on his suit jacket, and you can literally hear dozens and dozens of panties sliding to the floor of the movie theatre. But he's most drool-worthy when he's wearing that bullet proof vest that says POLICE. Yum! Plus, he's a great guy, he treats his wife like a woman is meant to be treated, and that makes any man irresistable. Quote: "I'm human viagra. I'm Willagra. I'm a sex machine now. I'm raring to go every second of the day. My wife's loving it." What woman wouldn't? Perfect man much? 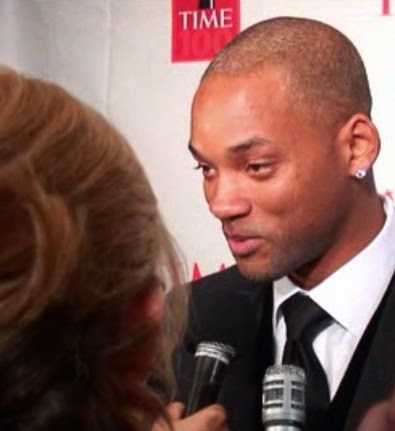 I can't really remember a time when I didn't love Dennis Quaid. It must be those bedroom eyes, which is creepy, because I think I had a picture of him under my 90210 poster when I was 9. But anyway, he has the greatest smile on the face of the earth, and he only gets better with age. I have never seen anyone look better in a baseball shirt (in The Rookie), and lucky me: it rains when he's wearing the white one...hard.

From the moment I first heard his voice, I was totally smitten. He has such a passion and power in his voice when he sings (as part of my favourite band, Our Lady Peace) that my heart literally beats a little quicker every single time I hear one of his songs. And his lyrics blow me away, so that I could love him without ever seeing him. But then I did see him (in the video for Naveed when he sings "trying hard to understand why Naveed would let a young man...die, it's during the ... that I completely melted and have been his ever since) I was like, "whoa, there's a total hotness factor here." I won't even begin to tell you about when I held his hand and sang with him. It's just too much for me. Feast your eyes on this:

This picture doesn't do him justice, but after all, he's just a Canadian rock god.

I don't know if words are necessary here, because there is probably not a person alive who hasn't heard me rant about Adam before. I have adored him since 1992 when I first fell in love with Opera Man and Lucy Brawn, the Gap girl. There has not since been one single thing about him that I don't like (later ammended: actually, he's republican. Eep.). Nothing makes me happier than the eager anticipation of seeing something new of his on the big screen (Stay tuned for Spanglish, hitting a theatre near you on December 17th). He makes me laugh constantly; I have seen Billy Madison more times than I've written my own name, and it still gives me the giggles. He is incredibly successful and yet still humble. I love him to pieces, which may turn out to be a problem when I'm 50 and still in line with teenage boys to be assaulted by scatological humour. And yes, I find him incredibly sexy.

He will do anything to make me laugh, and unlike Adam, I never have to wait for new material. He's as witty as Pacey, and yeah, the back of his neck is quite delightful, especially since I tattooed it (and he used to watch Dawson's Creek with me weekly, while hopelessly trying to explain geometry to me, back when we were just friends, and he and I were both seeing other people). He indulges my love of OLP and takes me to concerts and doesn't even complain when I'm swooning over another man. And he does try to sing to me, although his favourites are Toni Braxton songs, for some insane reason. His eyes put Matthew Broderick's to shame...they are the most interesting colour, brown with gold in the centre, and I could get lost in them for hours. And he wears the baseball shirt I got him from the Gap even though he knows it's an homage to Dennis Quaid. But he looks good, and he knows he looks good, so it all works out. Jason and Hugh Grant both shared a former penchant for bad haircuts, but miraculously, both have since recovered. Now he lets me tease him about it, and he teases me back, and that is the hallmark of a great, secure relationship. Jason is good to his wife, to all the women in his life, and though he doesn't earn $20 mil a movie like Will Smith, he does plan on becoming a cop, and promises to bring home his vest for some exciting Saturday nights. He may not be as cocky as Robbie Williams, but he drives me crazy anyway. I want him under my tree the most, this year and every year, and not just because I have to say that. He has absolutely nothing in common with Thom, but that's okay, I sort of prefer straight men for husbands. And as much as I love Adam, I wouldn't ever trade in my Jason. Because Jason was made just for me, and though I bug him all the time, but he knows I wouldn't change a thing.
Posted by Jay at 3:38 am

Email ThisBlogThis!Share to TwitterShare to FacebookShare to Pinterest
Labels: My Exalted Opinion, Yummy

I liked how you ended the list with a 'gotcha' twist. I was expecting another super star, but you ended it perfectly. The irony is, most movie stars have terrible marriages.

Well if I'm ever to stand a chance with Matthew, Will, Dennis, or Adam, that's exactly what I'm counting on!