I only took 3 showers today. That's not so many, really.

But it is exasperating to Jason that I continue to see showering as a form of entertainment. I do not multiple-shower because of any uncontrolled OCD; in fact, I will readily agree that the showers are superfluous as I just do not get that dirty in day to day life. But I looooove them. I love standing under hot, hot water. I could do it for hours. Unfortunately, the hot water tank has other ideas.

Jason and I usually take our morning shower together because it's our best talking time. Otherwise, it's a catastrophic failure. I like my water slightly above boiling; Jason likes his slightly below freeze-my-nuts-off. True story. So we spend the shower switching back and forth, fiddling with the taps, my lips blue and Jason's back scalded. It's a great way to start the day.

Jason calls me his little lobster. I do love water. I was born under a water sign, but I'm not a lobster, I'm actually a crab, which Jason will verily attest to. Now, obviously there are some very unsexy connotations to the word crab, like pubic lice, for example. Those crabs are nasty. And crabs are scavengers, they like the "waste" that others have the sense to leave behind.


But it's still better to be called a crab, than a cancer. Us cancers really got a bum rap, I'd say. Sure, in latin cancer translates to crab, but it also translates to gangrene. Great choices, huh? Still, the word cancer has become more significant to us since it came to represent those malignant growths. Yummy. I vote to change taurus to rheumatoid arthritis, and pisces to herpes. See how you guys like it.

Yes, cancers are a bit vindictive. If you were named after a potentially fatal mutation, you might be too. 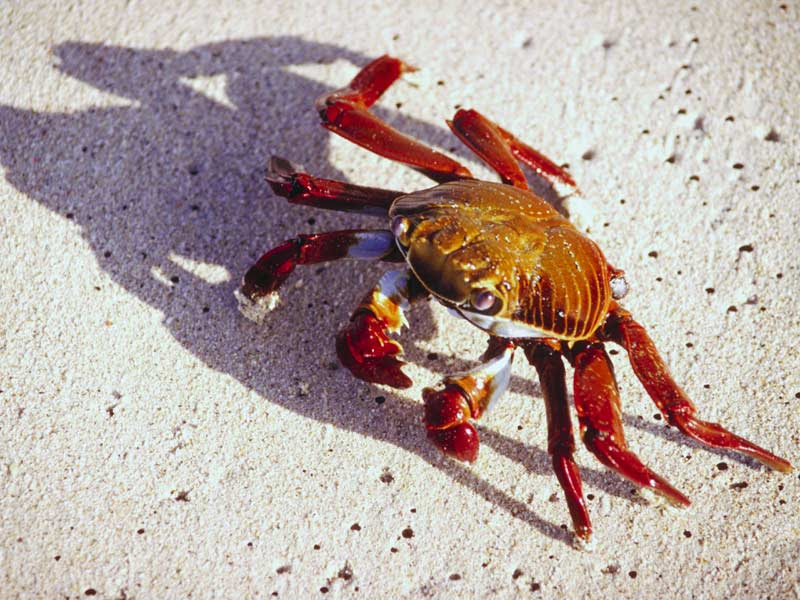 Oooh, baby, give me some of that sexy, sexy crab action.

I mean, what's a crab to do? When asked Hey baby, what's your sign?, is it better to profess to being a crab, or a cancer? Or will either one of those answers put a halt to any future hands-down-the-pants play?