I keep seeing commercials for 'blonde Oreos' - instead of chocolate cookie with cream in between, it's vanilla. White, white, white. To which I say: why? What the hell? What's the point? Vanilla is stupid. Vanilla is only tolerable when sandwiched between chocolate. Everyone knows that chocolate is vastly superior. The existence of golden Oreos is annoying and superfluous. The good folks at Nabisco really missed the mark on this one. Damn fools

For Oprah's 51st birthday, she got her ears pierced on national television. In the aftermath, waning respect for her has plummeted to an all-time low. She's a grown woman with a kabillion dollars, and probably more sway than George W., and we had to see her squirming and wriggling away from the poor woman who was just trying to do her job. This bothered me for several reasons:

a) Oprah called in a fucking plastic surgeon to have her ears pierced! A plastic surgeon! My mother had hers done by a friend, using an ice cube to numb, a sewing needle to pierce, and a bar of soap in the back to stop. Oprah got actual numbing cream, plus freezing packs, plus a plastic surgeon, an audience member to hold her hand, and still, she was the biggest wuss ever.

b) I got my ears pierced when I was 3 years old. My Nanny took me. I sat there, resolved to be stoic no matter what. Yes, it hurts your little 3 year old ears, but I would not let the lady see me cry. I sat there and steeled myself for the second click of her gun. My Nanny was traumatized by the determined look on my face, but I was a brave girl. Oprah had tears in her eyes. She was an effing baby about it. Note to Oprah: maybe it's cute when a little girl gets all huffy, but it ain't so cute when you do it. Spare us next time.

c) (and this concerns me most): Have you seen the honking rocks she's been sporting on her ears? Those diamonds are huge, and they were clip-ons!! No backings. No security. Man, if I had known that, I would have quit my job, flown to Chicago, and followed her around. Just one lost earring, and I would have been set for life. Think about it, ladies: how many single earrings do you have in your jewelry box? Probably LOTS. And they're way easier to lose if they're just clips! I mourn for this lost opportunity.

Look at those things! They make cell phones smaller than that!

Jello is the perfect food. Maybe it should be made an honorary food group. It has no obvious nutritive value, but then, if you get the sugar-free, calorie-free kind, you aren't adding much, either. Except for well-disguised horse parts, but who's counting? It just jiggles down your throat so nicely it's easy not to notice. Except when my grandmother starts putting it into a mould along with olives or cucumbers and calling it a "gelatin salad". That's nasty.

Coming clean about my biggest guilty pleasure: Saved By the Bell.

When I wake up in the morning
And the clock lets out a warning,
I don't think I'll ever make it on time.
By the time I get my books and I give myself a look
I'm at the corner just on time to see the bus slide by....

You can't laugh too much, because chances are, you watched it too. Even back when Saved By The Bell had first-run episodes, we knew it was bad. It was cheesy as hell, but we watched anyway. We got sucked into their lives. I wished that my school went on class trips to Maui, and that there was a cool burger place for my friends to hang out in, and that I would have as many good hair days as Kelly had. Saturday mornings were made for the gang of Saved By The Bell, and like all good girls my age

It's all right, cause I'm saved by the bell.

It still creeps me out to see him on NYPD Blue. But anyway, somehow, that geeky, scrawny little kid was a dreamboat. TV sure has gone to hell since I was a kid. Of course, my taste is somewhat suspect, because along all my Zack Morris posters, hung my 90210 posters, one in particular had Luke Perry and Jason Priestly showing off their fab sideburns. WTF? What did I ever see in those guys? My early crushes certainly had no bearing whatsoever on my future taste in men. But, at the time, I had all the paraphenalia:

and, if you can believe it or not, a pair of floral, 90210 Original high-top sneakers. Today they're vintage Converse, but back then, man, they were IT. Apparently they exist now only in my memory. The more I think about it, the surer I am that if I went back in time, I would never be my own friend. What a nerd!

Interesting search engine terms that brought unsuspecting people to my corner of the Internet:

And finally, an update on the Beck situation. A little while ago, I issued a statement to him regarding his stylist's obvious vision problems. I offered to personally write him a cheque if he couldn't afford to go to the hair dresser's himself, but so far, no word from Beck, or his people. However, donations to the Give Beck A Haircut Foundation have been pouring in from the generous people who inexplicably read all the way to the bottom of these posts, and the money is adding up. Question: should we donate this money to Billy Graham's fight to churchify Australia, or keep it in the kitty for other hairy celebs? Now, I like saving countries just as much as the next guy, but here are some photos that just may have you voting for the second one: 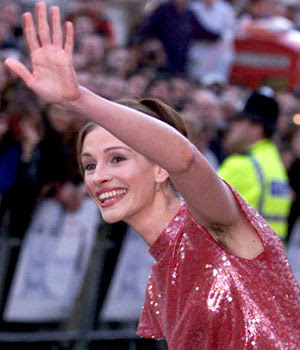 "It is much more comfortable to be mad and know it, than to be sane and have one's doubts."

Email ThisBlogThis!Share to TwitterShare to FacebookShare to Pinterest
Labels: Randomocity