Okay, so I hate to write about her at all, ever, BUT. But this week she has made it impossible to look the other way.

1. Having a greatest hits album at age 23, consisting of crappy Britney Spears songs.
2. The first marriage.
3. The second marriage.
4. The dog accessory thing.
5. Her blog.
6. Explanation for above album cover: "The reason why Britney's head was superimposed on someone else's body is due to scheduling conflicts." So, her head showed up to the photo shoot without her body? Um, what?
7. She's a skanky whore.
8. Her constant need for a "vacation" from her "really hard" life.
9. Explanation for she and hubby taking separate rooms at hotel recently, flanked by concerned family members: "An emergency meeting was called, but only because Britney was afraid her dog, Bit Bit, was pregnant by [brother] Brian’s dog, Porkchop — and that would be incest." Mmmm, dog sex. Good cover.
10. That she's procreating.


Fucker of the week: 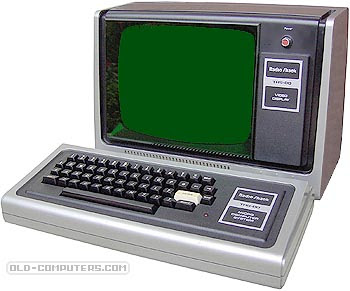 If I disappear suddenly, never to post again, there's a 10% chance I'm lying dead in a ditch somewhere and a 90% chance my computer just plain old crapped out.

It's leftover from the Cold War, I think, or at least from 1984. This hunk of junk makes Abe Vigoda look like a spring chicken. In a race to do a few simple additions, Britney Spears would outpace this machine by far. By way far. It has no memory, and no capacity for doing anything beyond emitting a wheezy, humming noise that makes the office sound like a helicopter landing pad. K-pro owners turn their snobby noses up at me and my piece of crap.

Basically, this old thing should have been put out to pasture long ago; I'd say it was on its last legs, but truthfully its last leg rotted off and decomposed in the last century. It would be kind to put it out of its misery, pull the plug so to speak, but I am not known for my kindness. At any rate, it does look like it will choke and die a horrible death quite soon, so if you don't hear from me, know that I have enjoyed writing here, and that somewhere, pencil and martini in hand, I am riding into the pinky-orange sunset on top of a very lucky drummer. Ah, bliss.

Most Fuck-worthy of the week:

This guy has me turning on the news again after a disgruntled hiatus. He tells the news the way Canadians see it - tongue in cheek, laid back, (pierced) eyebrow raised.

He's smart, he has excellent taste in music...and did I mention he was incredibly sexy? Because he totally is, and by the grace of Bob Marley, we get to see him 4 times a week. Tuned in, and turned on. Oooh baby.
Posted by Jay at 10:08 am

Email ThisBlogThis!Share to TwitterShare to FacebookShare to Pinterest
Labels: Fuckfest